CGV
Made with ❤ by Jamespot 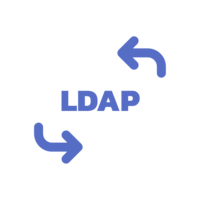 Connectors are applications that allow you to use an external directory system (e.g. Microsoft's "active directory" or an ldap directory) to identify yourself on the platform and synchronize users (i.e. collect information from the directory and integrate it into Jamespot).

The LDAP connector allows you to link a LDAP corporate directory to Jamespot. It allows users to connect using the same password as the one they usually use on applications that depend on the LDAP directory. On the other hand, the connector allows you to delegate the management of users (their activation or deactivation, and the completion of certain fields) to the LDAP directory. The users are then created and updated according to the elements that are filled in.

This connector allows for provisioning, in other words the creation of accounts on a regular basis according to the evolution of the workforce and the updating of the various fields in the company directory. It also allows for on-the-fly creation and updating, so each time a user tries to connect, the reference directory is checked to create the Jamespot user if necessary or, on the contrary, to prohibit the connection and deactivate the user when necessary.)